In order to use BikeSignup, your browser must accept cookies. Otherwise, you will not be able to register for races or use other functionality of the website. However, your browser doesn't appear to allow cookies by default.

If you still see this message after clicking the link, then your browser settings are likely set to not allow cookies. Please try enabling cookies. You can find instructions at https://www.whatismybrowser.com/guides/how-to-enable-cookies/auto.

RAT 1000 Solo Self Supported Any Schedule

RAT 1000 Self Supported Group Departure for ITT, RAT 1000 mile gravel stage party, & Mini RAT 250. Plan to join us because these will be memories that last forever.

Planned RAT Stage Party Distances (subject to modification). This is for the folks who want to travel as a group and gather together at the same overnight location each night.

Self Supported ITT is essentially "Tour Divide" rules. Riders are only allowed to utilize assistance available to the general public under normal business and agency operating conditions. The clock starts as soon as the rider starts and doesn't end until the rider finishes. Live tracking is required as well as publicly available tracking logs. Approved assistance exceptions are typically allowed during Group Depart week from approved "Trail Angels".

If you have any questions about this race, click the button below.

You must be a participant to view this content.

A Brief History of the RAT

This has always been a high attrition event with very few finishers of the full route. Our inaugural event was in 2014. The intent was to offer a way for people to try out multiday, point to point riding in the style of the Tour Divide. A TD primer of sorts.

2014 was the mud year, we tried to showcase State Parks, the Northeast Texas Trail and the Caprocks Canyons Trailway.

2015 was the heat year, and also confirmed that State Parks and the trailways were not the direction to go with this event.

2016 we raised the mileage to 1000 and shifted the emphasis to using the amenities at each town along the way. Attrition was extremely high this year because riders were still trying to beat the schedules of the shorter routes from previous years.

2017 we kept it to a small group on what we hoped to be a "permanent route". I participated myself to confirm the route so we only offered the self supported option. We have made some minor tweaks to the route as a result but kept the overall mileage the same. There will likely be tweaks each year but we are confident that our permanent route will be basically the same for years to come.

2018 we introduced the Stage Race. It was also an extremely muddy year. Stage racers ended up using some paved sections for a couple of day to stay on schedule.

2019 we developed paved routes to align with the stage segment stop overs in case of rain. This would allow the stage event to stay on schedule in case of mud. Please note, using the "La Ruta Suave" paved segments will disqualify the result for an official ITT. Fortunately  it was not needed this year. This was the best weather year so far which aided Dana Burch in securing the current ITT record for 1000+ miles at 5 day 10 hours 59 minutes.

2022 Route was adjusted slightly to incorporate a new section of the Northeast Texas Trail between Clarksville and Detroit. This reduced the overall mileage by 10 miles (temporarily). 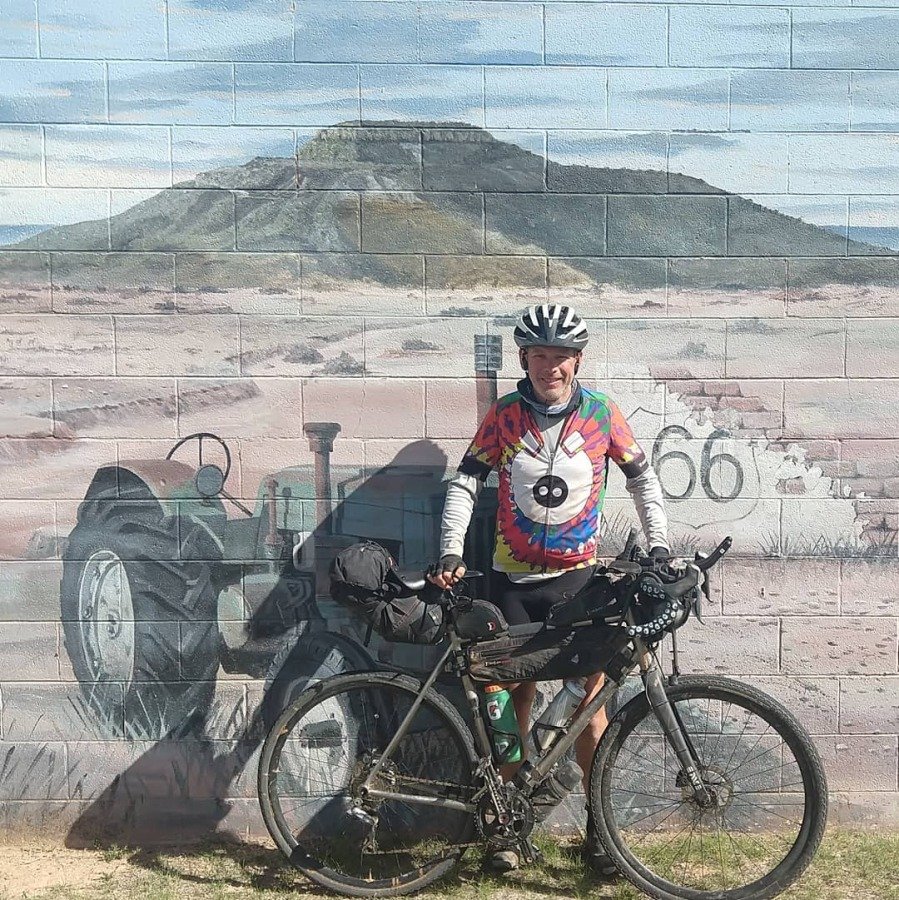 Is transportation provided? No, riders are responsible for arranging their own transportation to and from their Start/Finish locations. Amtrak does provide service to Texarkana. Again, this is intended to be a Tour Divide (and other Epic point to point rides) "primer" event. Tour Divide participants have to make their own travel arrangements to/from Banff Alberta and Antelope Wells New Mexico.

What are the rules? This is considered a self supported event which (mostly) follows Tour Divide rules. To qualify for an official time you must follow the route. Go arounds are fine for safety purposes but not convenience purposes. Bypassing a muddy road is convenience, bypassing a raging, flood engorged creek crossing is safety.

The follow the route exception is what we call the "city limits" rule. You are not obligated to follow our route through a city or town, just where you enter and exit the city limits. Everyone's needs are different so people are welcome to route through town in whatever way best gets them to the amenities they need.
Self supported means self supported. No overnighting at house that belongs to friends or family. You can't have your brother in law bring a different bike for you or stash a water cache on your behalf.

Trail Angels are allowed for. Don't turn down a free beer or sandwich from a stranger or an offer from farmer Brown to set your tent up in his yard. Please be aware that Trail Angels and bonus amenities are much more likely during Group Depart Week in October. Support from other RAT riders is allowed for as well. They are also considered Trail Angels. Please don't take advantage of this feature by incorporating "domestiques" into your strategy.

Is drafting allowed? The short answer is no. A cooperative effort between riders to secure a favorable overall time is completely against the spirit of this event and would lead to public humiliation and disparagement. That said, a couple of riders trying to cooperate to punch through 50mph headwinds atop the Caprock would be considered rider support. Use good judgement and don't be a dick.


What is the best bike for the RAT? Now you've gone and opened a can of worms...Conditions vary tremendously over the 1000+ miles of the route. The vast majority of the route can easily be ridden with 35mm tires. There are short sections where people will wish they were riding a fat tire bike. The sweet spot for most riders are tires between 40mm and 2". Tour Divide type setups work well for comfort and cargo capacity but it can be done on a CX bike packed light for a motel tour as well. We would highly discourage anyone from attempting it on a road bike, a bmx bike or a recumbent.


Could I hotel/motel instead of camp along the way? Most definitely. Realistically, most riders sleep in bed more nights than at camp sites. Any publicly available accommodation is appropriate. Staying with friends or relatives along the way would be outside of the "rules". The routes was specifically designed to access all amenities from towns/cities as often as practical.

Towns and Amenities With Mileage

You must be a participant to view this content.

If you continue to use this site, you consent to use all cookies.